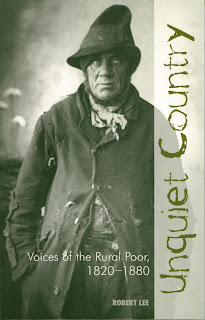 My Grandma told me of her childhood in the Fens.  She said that other kids would laugh at the kids like them who wore clogs and went to chapel.  But she wouldn't kow-tow to anyone.

My mother-in-law told me of her childhood in Manchester.  Her mother said "no daughter of mine will wear clogs and a shawl - she will wear shoes and a coat".

Her pride in her family as working people who are as good as anyone else is good.  But the wish to look like the ruling elite to prove it is not so good.

The man in the picture above should have employment rights, opportunities and the right to justice.  But why should he look like the ruling elite to have those things?

The Folk Movement is all about having your culture AND equality.

The Labour Party has returned today to Socialism.  Hooray!  Now they can fight for the rights of all the people.

But the same rights belong to all human beings, and human beings should not have to give up their separate identities to have common rights.  Labour should not try to look like the ruling elite to try to get into power.  Like Jeremy Corbyn they should just keep explaining to the electorate what they believe in and why.  He has proved that is something people want to hear.
Posted by The Lost Book of Fleams at 08:25 No comments:

On the news yesterday I saw that the Chineke! orchestra performs tomorrow to some large public audience.  The news item told me how wonderful it was for equality.

How wonderful for equality that other cultures are "allowed" to be equal if they act the same as the ruling elite?

Julian Lloyd-Webber said of minorities not being in orchestras "people need role models".  Why do they need the very narrow role model of a Western Classical Musician?  Why does this role model have any value above a role model from another culture?
Posted by The Lost Book of Fleams at 08:12 No comments:

Last week I was so disgusted by an item on Woman's Hour that I have only just calmed down enough to write about it.  There is an exhibition running of photographs of Frida Kahlo's items of clothing and Woman's Hour's opening comment to the Mexican art historian, invited on to talk about the exhibition, was "Frida Kahlo dressed as she did to please Diego Rivera".  Aargh! I nearly switched off in rage, but stopped myself in order to hear the Mexican guest trying to refute this crass, and anti-feminist remark.  As if Frida Kahlo would be motivated to act in her creative life "to please her man" (much gnashing of teeth).  The Mexican speaker was allowed to get as far as saying that adopting Tehuana costume suited Kahlo as it enabled her to cover her polio-disabled leg; and to focus attention on her face and upper body, which suited her because of the repercussions on her body of the trolley-bus accident.
However the speaker was never allowed to get any further in her refutation of Woman's Hour's opening remarks.  She wasn't allowed to get on the important thing, Kahlo's ART, specifically its artistic and political aims, expressed through many media, including dress.  At this point we can see the hidden area, ethnoclotholgy, which is addressed in The Lost Book of Fleams, but as yet still not permitted to exist in academic discussion.  If the speaker on Woman's Hour had been allowed to actually talk about art, she could have said how Kahlo's clothes were an integral part of her art, philosophy and politics.  Germaine Greer, who is now (I don't remember far back enough to know if she always was) a kind of Katie Hopkins rent-a-gob attacking women's art.  I remember her saying (I think at the time of the Tate exhibition of Kahlo) "I don't see the point of Frida Kahlo.  I suppose she is some kind of performance artist".  Well yes, Frida Kahlo's clothes were in part performance art, but Greer seems blind to the point of the art; the blindingly obvious point that the art is making:

How could you not see what that is saying?  Or at the very least see that there is something to discuss other than how her husband liked her to dress?  Kahlo strove always to say that the indigenous art of Mexico is equal to the colonial imposed art of the Western Classical ideal.  She discovered the drive to make that point in her art and life herself at the beginning of her artistic career, when she rejected "gringo" art.  Her meeting with Diego Rivera was a meeting of minds, with political/artistic ideals that chimed.  Their artistic ideals were in common and shared, not "Kahlo pleasing her man".  (Gnashing teeth again) How could Woman's Hour repeat that drivel?  Whoever propagated that trashy opinion was an idiot (was it Greer, or had it been established before that?).  For Woman's Hour to perpetuate it makes me furious!

My Dress Hangs There (1933) makes so clear Kahlo's artistic motivation.  I only choose this as one example, when I could have chosen from so many of her works.  How could Greer have missed the point?  Every part of Kahlo's art, including her dress and her house, every possession down to the plants in the garden, is making the statement: "Be proud of your indigenous culture!"  It is sticking two fingers up (or the Mexican equivalent) to the kow-towing and grovelling to the Western Classical tradition in art; that only art that conforms to it can be judged "good".  It is kicking people like the ones who could make that brainless remark on Woman's Hour in the head and saying: my culture is valid, and fuck you if you don't agree.  It is the best culture for me.  I do not need to pretend to be a "gringo" to do good art.  Why would I want to?  My culture is amazing, beautiful and nuanced, deep and resonant.  It has as much subtlety, style and sophistication as "gringolandia's" culture.  It is gringolandia's denseness and stupidity that it can not see it.  Or maybe it can, and deliberately wants to smash it with its jack-booted feet to destroy the folk's resistance.  Kahlo's art is so important because it gives strength to stand up and reject gringolandia.  And Woman's Hour did not give the Mexican art historian time to say that.  Shame on them.

One other example from Kahlo's art:

The Mask shows a portrait of Kahlo as La Malinche, a quisling character from Mexican folk culture, the native woman who betrayed her people by siding with her conquistador lover.  If Woman's Hour and Germaine Greer are too dense to see the turmoil and self-questioning in that, then they have proved how worthless the Colonial position is, and how subtle and thoughtful the folk position.

Later, when not fuming about the injustice done on Woman's Hour, my thoughts turned to other female artists who have been misunderstood, specifically Emily Bronte.  The thought occurred to me that it might be a fruitful way to look at Emily Bronte to compare her to what we know about Frida Kahlo.  We know so little about Emily and so much about Frida, that maybe in this way we can make some interesting speculative leaps.  So little remains of Emily that most of what can be said about her is speculation.  Some people have wondered if what is known about her difficult, diffident and awkward personality points to Asperger's Syndrome.  Somehow that does not ring true to me.  How could she have written so deeply and imaginatively about emotional motivation and the truth about social interactions if she were on the Autistic Spectrum?  I'm not as expert, as they say, but it strikes me as not possible.

What if we frame our reconstruction of Emily as a Frida Kahlo figure?  A great deal of Emily's art would be illuminated by thinking of it as sticking two fingers up at the London-centric elite as "gringolandia".  Her art champions Yorkshire against the South trying to be its colonial master.  It champions a separate life with its own cultural subtleties and resonances.  Emily's personal stance can be seen as a refusal to conform to an ideal of the Western Classical tradition, in a strikingly similar way to Kahlo.  I think this could be a fertile way to imagine Emily, and give depth to the scant details we have of her inner life.  In fact, I may well pursue it myself in some art at a later date.

Posted by The Lost Book of Fleams at 02:48 No comments:

This photo proved popular on facebook this week, perhaps as it kinda summed up the weather: 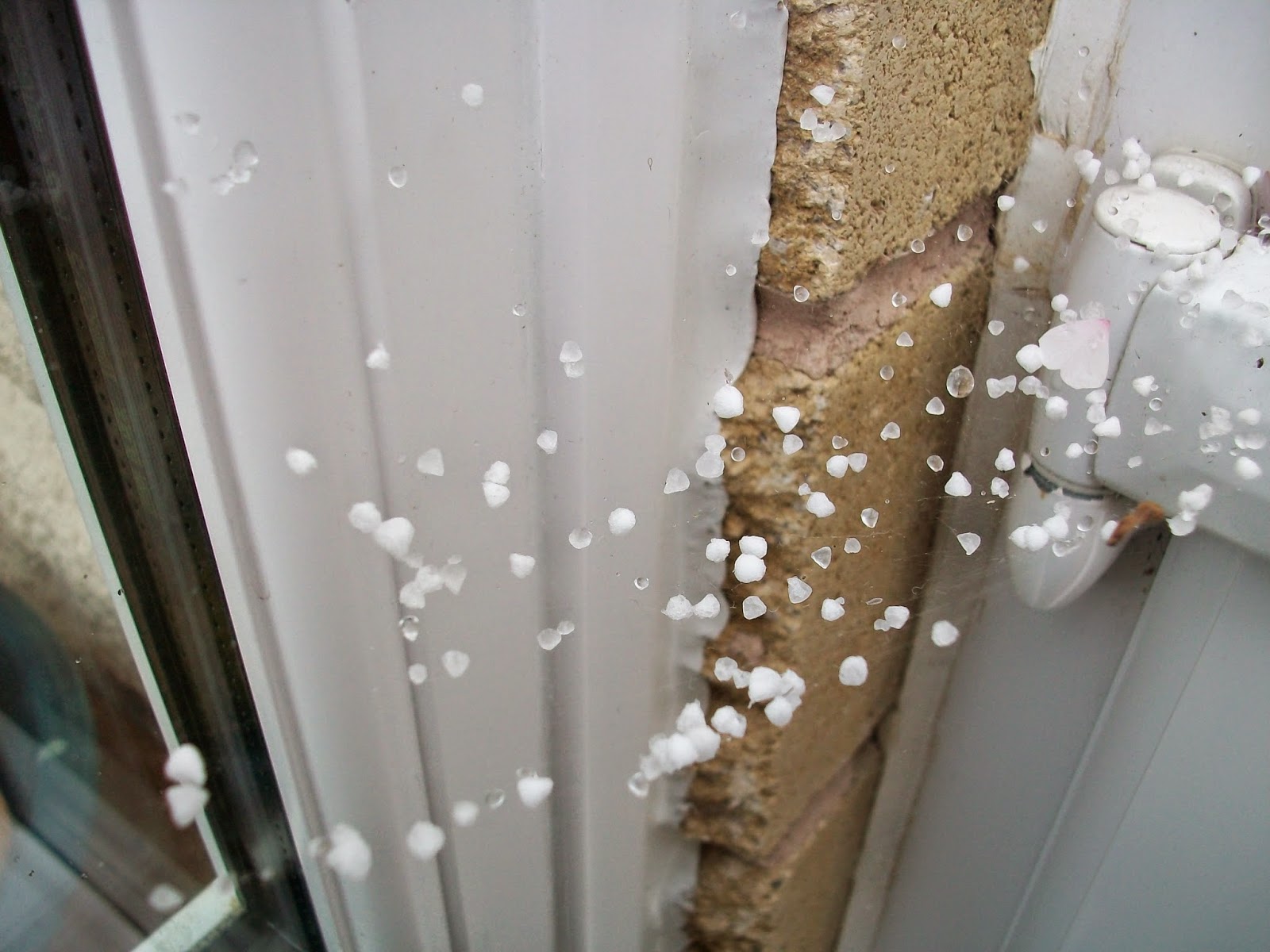 We have had glorious sun, blue skies and snow and hail in Buxton.

Is there anybody there?

The postie has just brought a delivery of new reading material and the sun is shining ... 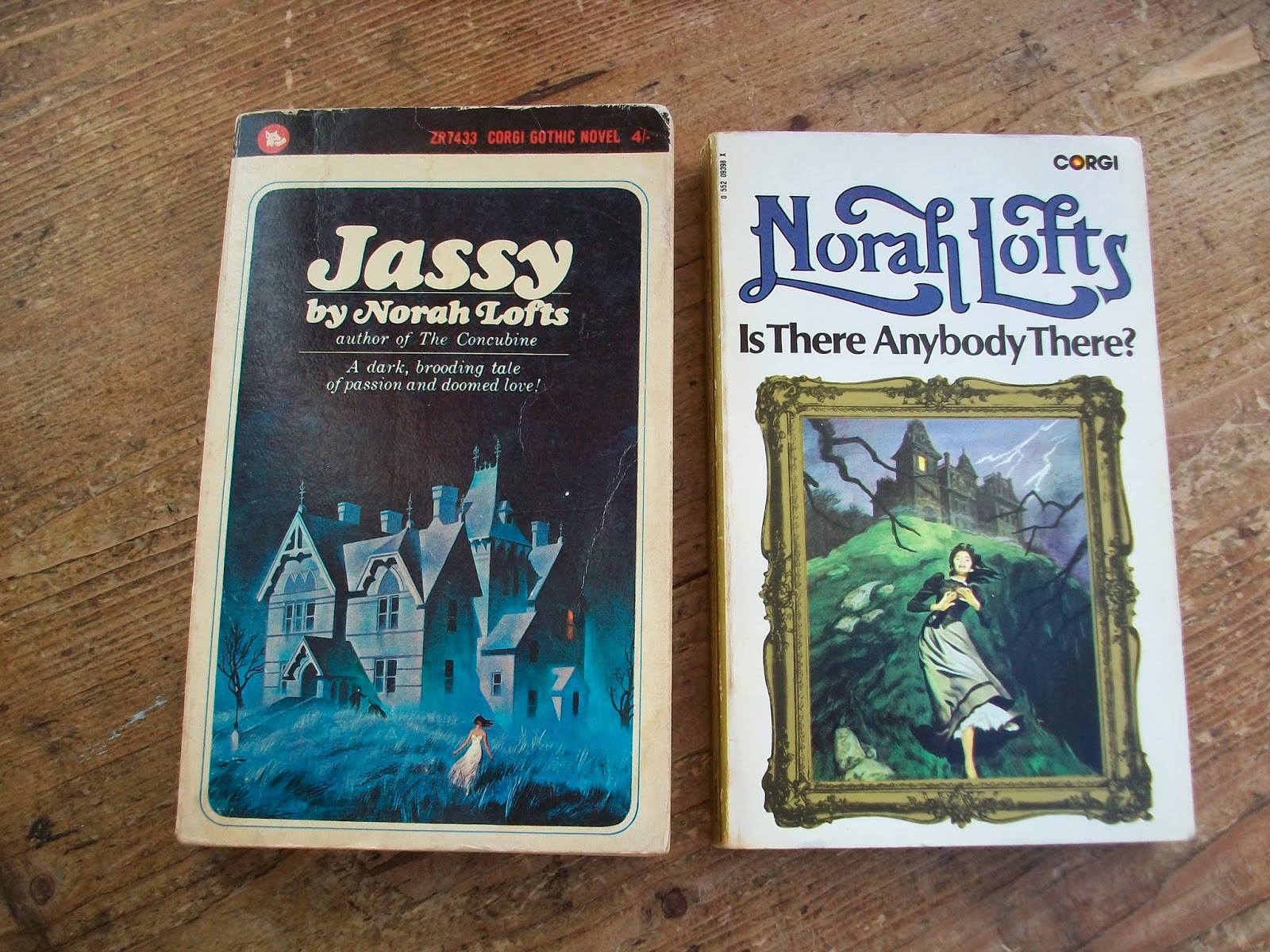 but I have work to do!

Luckily my work is really fun.  Over the weekend I planned the "Kate W Aimson, Needlework Scholar, Psychic Curator and All-round Explorer Extraordinaire" monthly episodes for the remainder of the year, ending up with a Scottish ghost story for the Christmas/Hogmanay issue.  Can't wait.  The only stressful bit is working out how to get them sold!

So back to work finishing details form for the Arts in the Village Festival, making poster for The Lost Book of Fleams at Scrivener's Books for the Buxton Art Trail, packaging pocket books for Buxton Town Fair, then I can finish "Mrs Aimson and the Haunted Caravan Part 2"

Posted by The Lost Book of Fleams at 02:39 No comments:

200 and The Bonny Bull's Blood

Anyway, about today, I met Anna for an iced coffee in the sunshine.  Master Aimson is worried about the middle-class-ness creeping into my life, I suppose I can see what he means, first I mention yoga class and now an iced coffee in the sunshine, but that's my life, can I help it?  You need a break from the folk horror sometimes.  Well actually, I see no need for a break from folk horror, but I have to interact with the world outside of it occasionally.  Or so Aimo tells me. 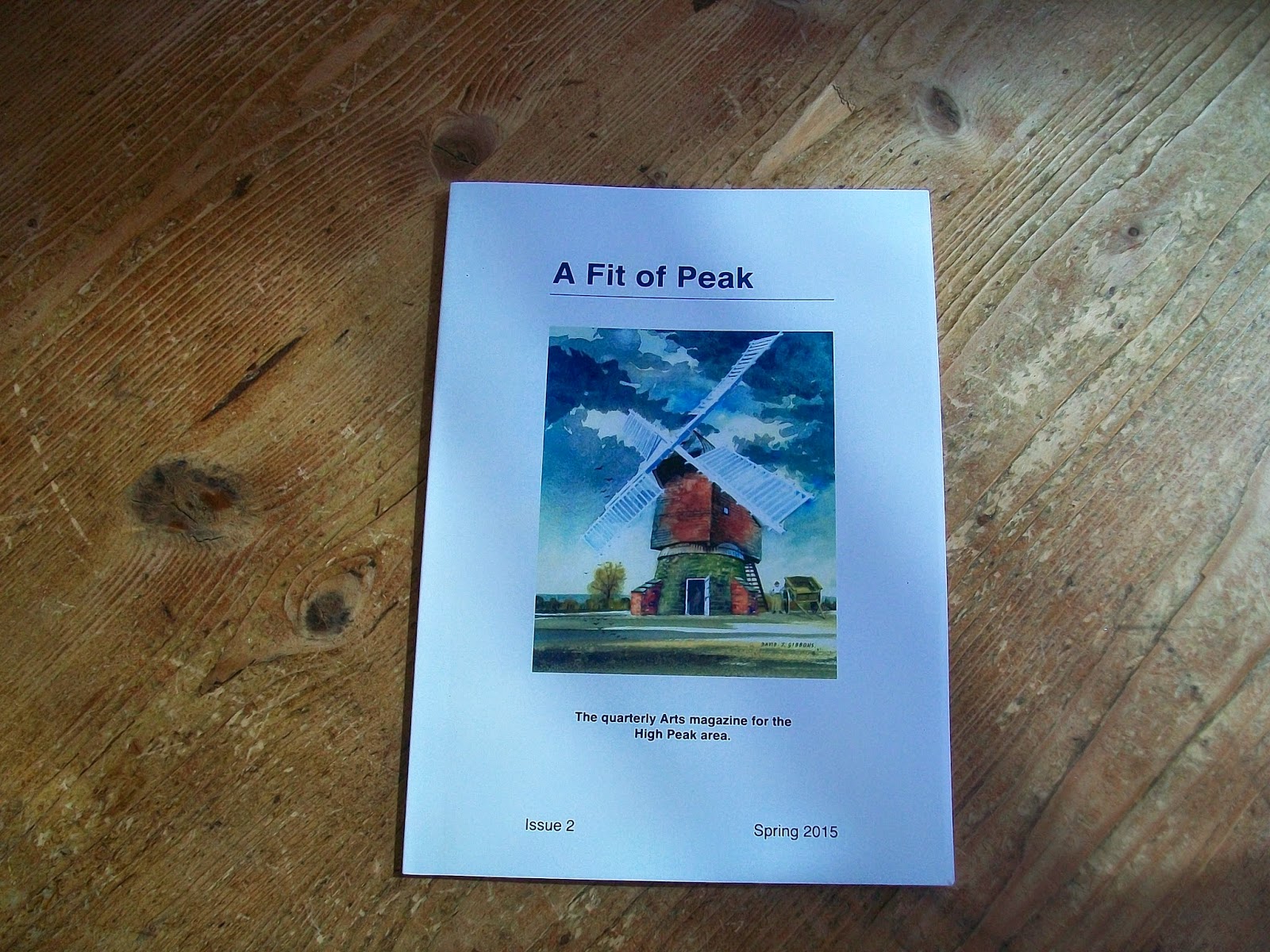 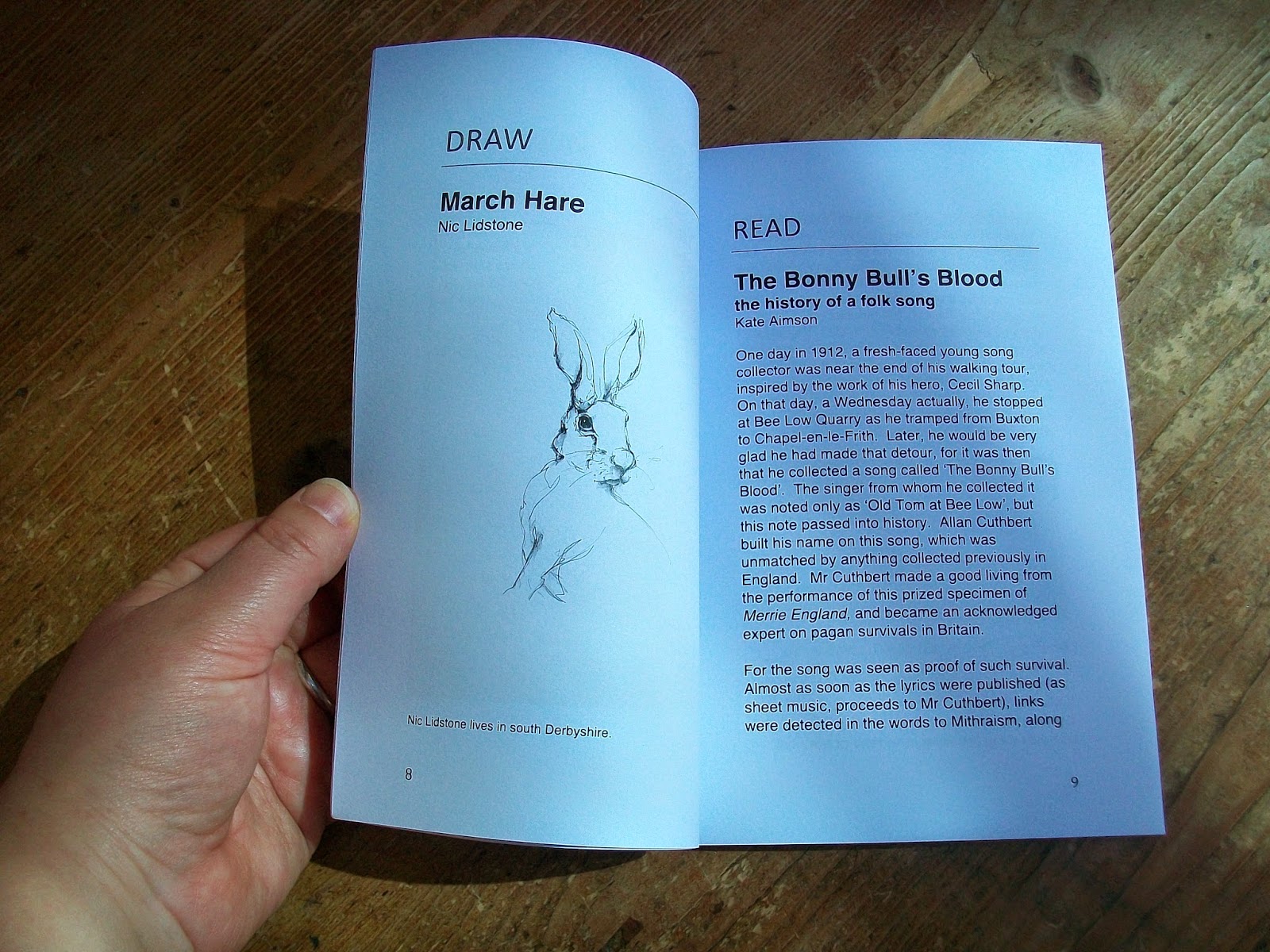 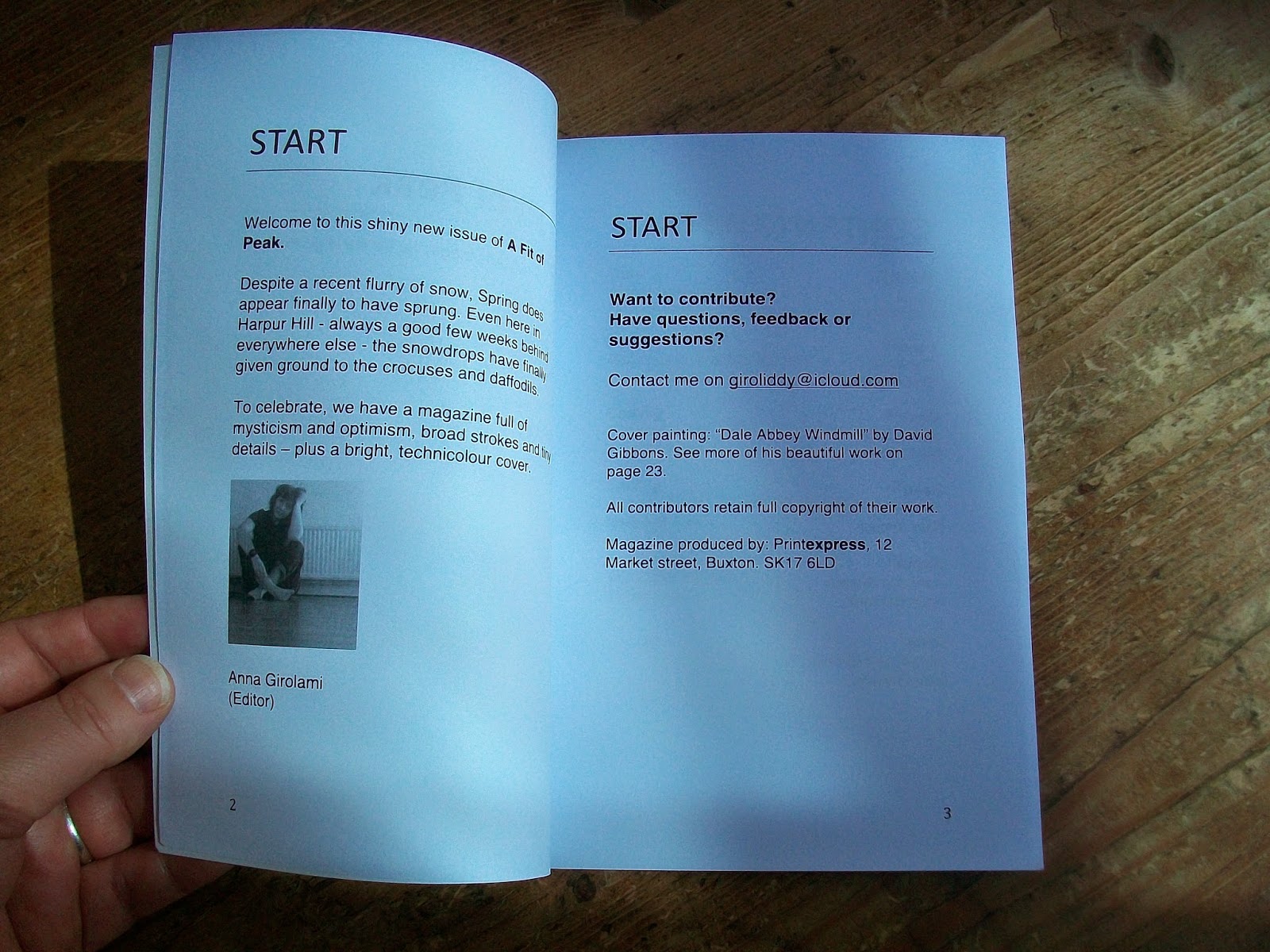 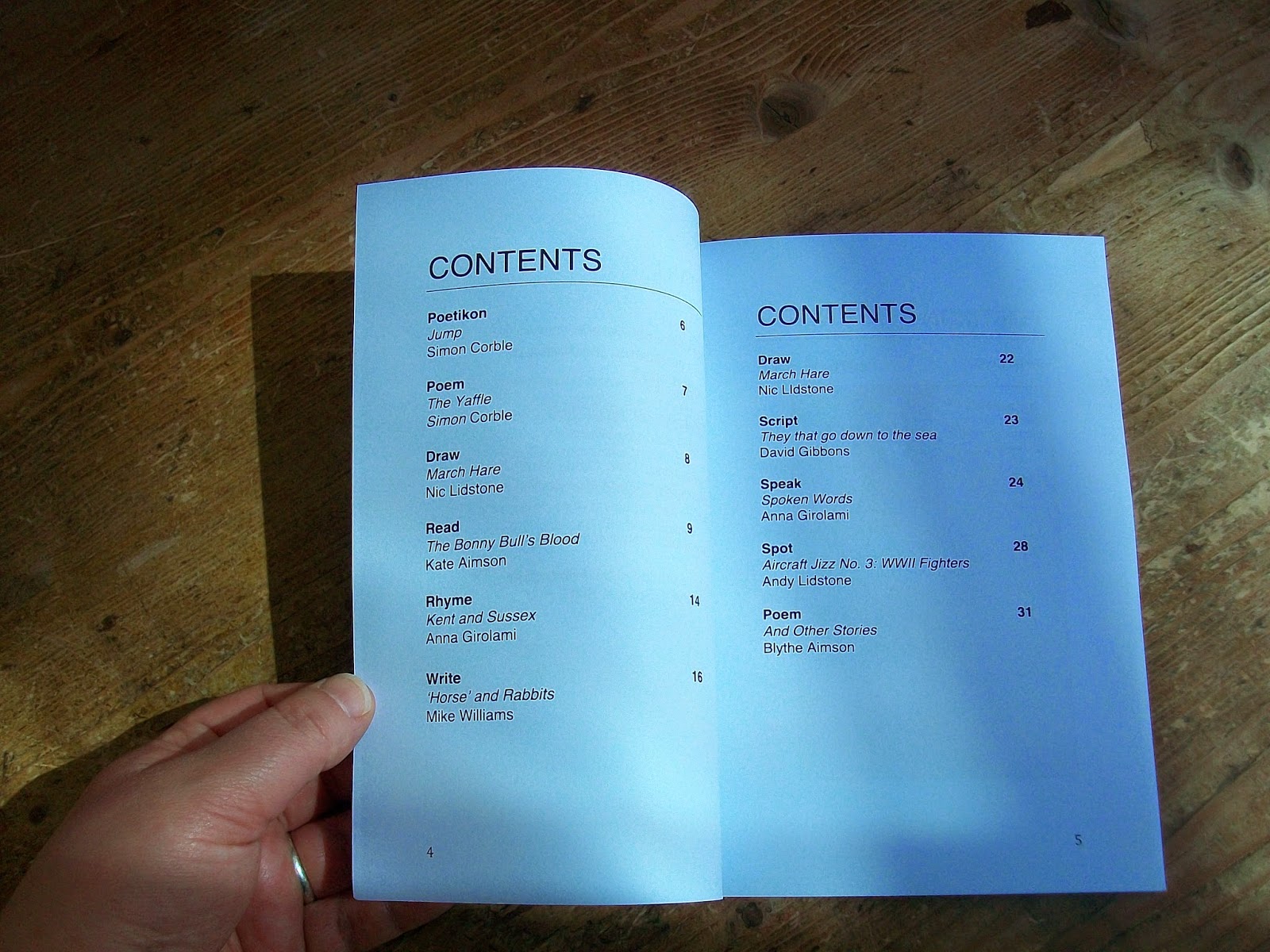 You will also note Miss Aimson has a poem in this issue, so you'd be a fool not to snap one up.
Posted by The Lost Book of Fleams at 05:38 No comments:

The Lost Book of Fleams will be somewhere in Buxton for the Town Fair, selling its wares.  Come buy! 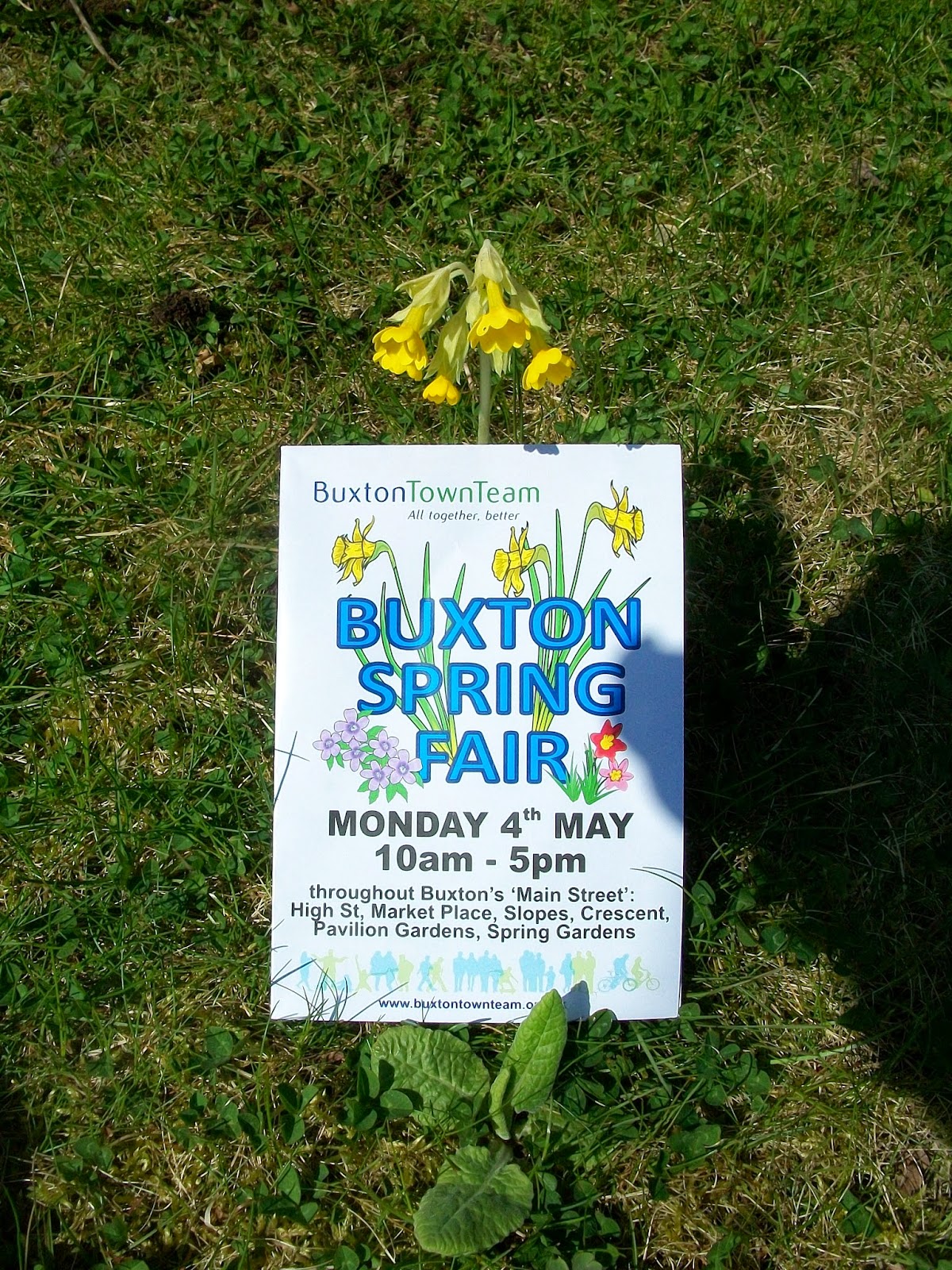 The latest edition of The Lost Book of Fleams serial is hot from the press.  Yet again I say, "Come Buy!" 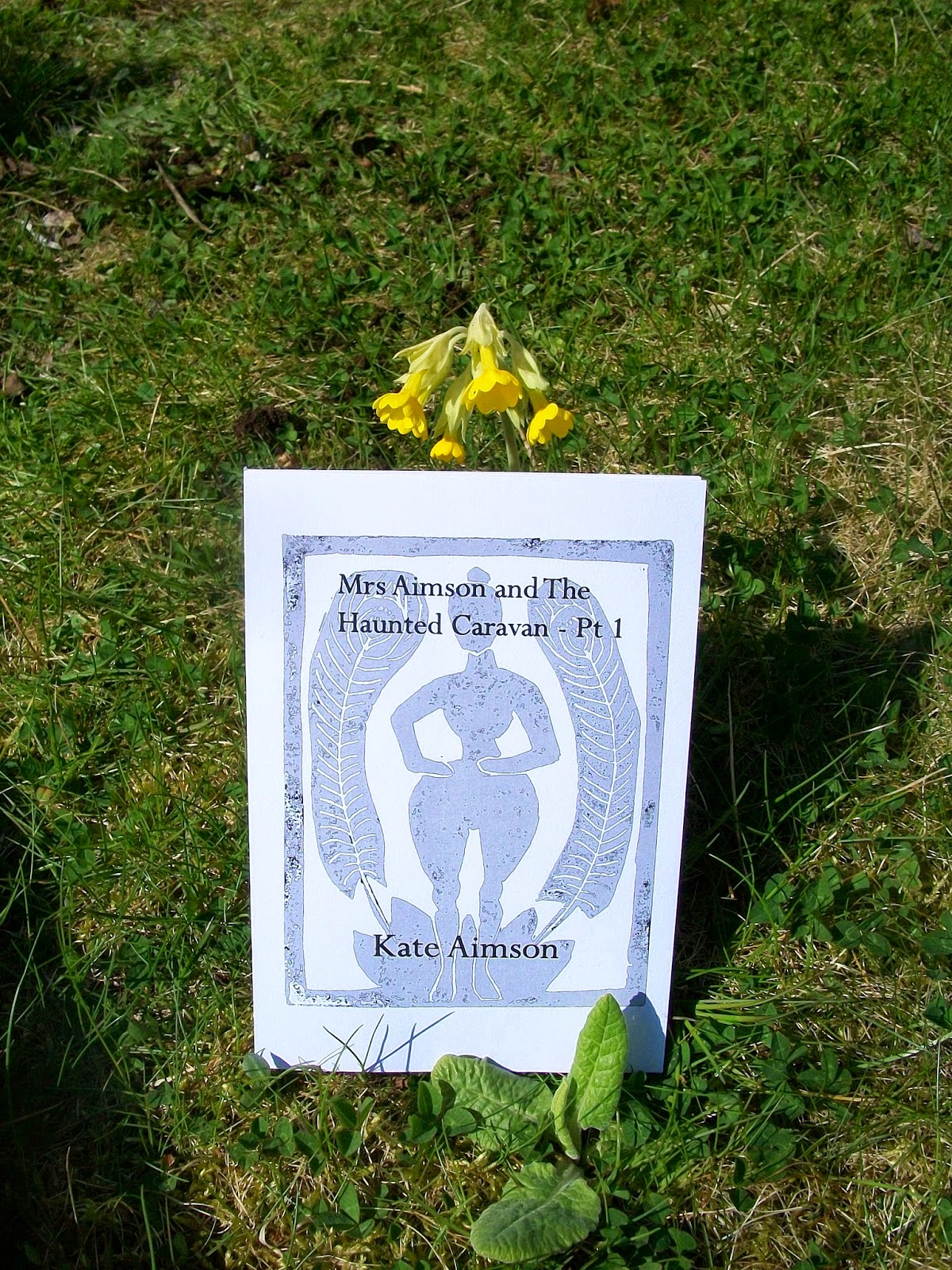 Talking of hot, the weather has been hot enough to entice the hedgehog out of hibernation and out from under the shed.  How do I know?  Aimo stepped on hedgehog poo when he went out of the door this morning.  Now we have matching hedgehog poo, front and back doors.

The Lost Book of Fleams
Kate Aimson was brought up at Milking Neuk, which combined the best of Northumberland and The Fens. There were hills with cup-marked stones & Roman forts, and levees & stands of willow and poplar. The pub, The Ruddy Duck, was ancient and the abbey was built in 674AD by St. Guthlac.